The epidemic has raised criticisms of the dependence on overseas supplies for our medicines, in particular active pharmaceutical ingredients (APIs) and generics in the pharma industry. The Economist’s recent piece, for instance, suggested that prior to Covid-19, there was widespread complacency.

“Until about the third week of January, only a few pharmaceutical executives, drug-safety inspectors and dogged China hawks cared that a large share of the world’s supply of antibiotics depends on a handful of Chinese factories,” its article opened, before continuing in similar vein.

Nor is it just industry outsiders. This week, the chairman of India’s Pharmaceuticals Export Promotion Council of India (Pharmexcil) said Europe was panicking following its government’s decision to restrict exports of 26 APIs (mainly to protect domestic supplies): “[W]e control almost 26% of the European formulations in the generic space. So they are panicking,” said Dinesh Dua.

This is unfair, however – at least as far as the pharma industry goes (and for quite a few others). It is not just a “few” executives who have been concerned about the reliance on China and India for APIs. Many European and US pharma supply chain managers have worried about it for years.

Governments, too, have noted the reliance on China with concern. Last year, a hearing of the U.S.-China Economic And Security Review Commission in Congress considered this very issue. Senator James M. Talent provided a concise summary: “According to the Food and Drug Administration, 13.4 percent of U.S. drugs and biologic imports are from China, as well as 39.3 percent of medical device imports, making China one of America's top sources for medical products. These numbers understate significantly the true sourcing of health products in China because China is also the primary supplier of precursors for pharmaceutical companies in other countries such as India which, in turn, are major suppliers of finished product to the United States.”

Strikingly, the hearing also heard that the US considers this a national security issue.

“The growing reliance of the U.S. on foreign sources for critical defence related material is an issue that must be addressed at the national level,” Christopher Priest, Chief of Staff for the Defence Health Agency Operations Directorate, which oversees the medical needs of the US Army, Navy, and Air Force, told the hearing.

Ultimately only time will reveal the true impact of Covid-19 on global pharmaceutical supply. Most well managed biopharma companies will hold significant stocks (months) of API to ensure their patients are protected from this type of unpredictable event. However, there is also a large number of low cost generic drugs that simply do not have the margin to support significant stock holdings, and many companies producing the same generic drug may be dependent on a single source of API in India or China. The global drugs market was already in a precarious position with drug shortages, so this is simply going to exacerbate that situation.

Quantifying the value of stock in terms of continuity of supply and identifying critical supply dependencies are key drivers of interest in tools like SCAIR®. Companies are increasingly urged by their stakeholders to understand and map their dependencies and exposures, precisely because they have been concerned about how vulnerable they are to a disruption.

SCAIR®’s approach is to focus on impact rather than probability to ensure the company has taken measures to protect itself against major supply chain interruptions, regardless of their source. It is a more manageable challenge than quantifying likelihoods or assessing probabilities, which is a difficult task.

This is not just because it is hard to predict outcomes (after all, who really knows how far and fast Coronavirus will spread and the impact it will have?). It is also because we often don't understand probabilities and misinterpret risk terminology.

In a recent discussion of Covid-19 and risk perception on Radio 4’s World at One, Cambridge professor and chair of the Winton Centre for Risk and Evidence Communication, David Spiegelhalter made the point that most people don’t understand the term “reasonable worst case scenario”. That is despite it being a key phrase used in contingency planning activities for the Coronavirus and much else. It’s often taken as meaning a likely outcome, rather than as what it is: a catastrophic but credible scenario. A similar misunderstanding could often be detected in reporting around the Yellowhammer Brexit contingency planning.

As one critic of the resulting “hysteria” put it at the time: “It is not a prediction but a worst case scenario, helping the government in its planning to mitigate the risks.”

Even if we understand the terms, though, our brains are not well suited to evaluating probabilities, as another academic on the Radio 4 discussion pointed out. The “probability neglect bias” makes us less focussed on probabilities and more on outcomes, explained Dr Barbara Fasolo from the LSE: it’s the reason we panic over unlikely disasters and also why we bother playing the lottery.

In controlled experiments this bias leads to seemingly irrational behaviour. For example, people do not differentiate between a one percent probability of getting a non-lethal but painful electric shock, and a 99 per cent probability. In fact, they are willing to pay the same amount of money to avoid either set of odds. In real life, as with the Coronavirus, though, the probabilities themselves are massively unclear, which only makes rational judgements harder.

Consequently, impact quantification for scenarios rather than probability assessment is usually more helpful. You can spend an awful lot of time and money trying to work out the likelihood of each  major interruption scenario, but that is usually wasted. It is much better to spend resource planning for and remediating the sources of risk that can do the most damage to your supply chains.

However, once the assessment is done, there remains the challenge of the lack of attractive alternatives.

As stated, the dependence on China is not a new concern for pharma. Coronavirus has just brought it into relief. Recently, we’ve had concerns around the potential impact of the US China trade war, for example. More longstanding are concerns about quality – and that applies more so, if anything, to India. An analysis last summer showed that, of the 75 warning letters sent by the US FDA to pharma manufacturers for violating safety or quality standards in the 20 months to August 2019, half were to companies in China or India. For non-compliance notices from the European Medicines Agency, meanwhile, the proportion was almost two thirds (64%).

So why haven’t US and European pharma businesses addressed the risk?

For two related reasons: first, because change is difficult and expensive. Once a company has tuned its process to and validated its use of a certain type of API from a particular source, it is costly to replace and revalidate the source. There is therefore an in built bias to stay with current suppliers.

Second, while change is costly, APIs and generics are cheap. As we’ve noted before, there’s little incentive for new players to enter the market – and certainly not in Western countries where labour is relatively expensive and overheads are high. Moreover, as The Economist piece correctly states, the rest of the world will have lost a lot of its expertise in making APIs, and it’s difficult to start back up. We go back to what the FDA has called a “broken marketplace”, with prices not rising despite shortages and production typically not increasing enough to restore supply to pre-shortage levels.

Pharma has long noted the risks of reliance on Chinese sources, but a cost-risk-benefit analysis has so far always come down in favour of the status quo – because it’s cheap.

One exception to this is Sanofi who recently announced the creation of a France-based offshoot that will produce APIs.  We’ll have to wait and see if other businesses will follow suit.

No upside in Covid-19

So, will Coronavirus force pharma to rearrange their supply chains? We shouldn’t bet on it – at least in the short term.

In the long term, the rise of the Chinese middle class and increase in wages means that the future of cheap production in the country is uncertain. And, when it finally looks like it is no longer economical, it may well be that pharma businesses learn from the past and don’t simply look for the next cheap production base.

In the meantime, though, businesses face significant costs and disruption of changing suppliers – and massive uncertainty over how the pandemic will develop and the potential disruption involved. It’s hard to justify the move.

Of course, in a sense this is a similar dilemma to that facing governments around the world as they determine what and how far to go in combatting the spread of the virus. Do too much, and if they succeed they will be said to have over-reacted; too little and they’ll be blamed for the consequences as the virus spreads. It’s a no-win situation. But governments have relatively unlimited resources, and risk only their popularity, which may recover by the next time their public heads to the polls. Pharma businesses don’t have that luxury – a rash move could cost them their competitiveness and ultimately profits.

For the time being then, most will choose to sit tight and wait to see if change is forced upon them. But that doesn’t mean they can’t be ready.

With tools like SCAIR® managers can map their supply chain dependencies and exposures. Soon with functionality we’re adding they’ll even be able to overlay custom events (such pandemic hotspots) to further quantify impacts and scenarios. With this they can see dependencies, loss estimates, vulnerabilities, and the ultimate financial impact of events, so they can be ready to act if the time comes.

If you want to be prepared for the worst, let alone avoid it, it pays to know what the worst might look like.

More than Covid: Lessons for Supply Chain Resilience from 2020 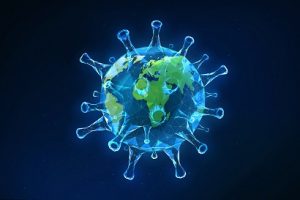