When the storm comes

September 14th 2017 - Risk Management, Supply Chain Risk
Hurricane Irma once again shows us the importance of mapping supply chain risks for the pharmaceuticals industry. The storm has passed, but the effects will be felt for months to come. In the Florida Keys up to a quarter of homes in the low-lying islands are reported to have been destroyed. Many in the Caribbean […]

Hurricane Irma once again shows us the importance of mapping supply chain risks for the pharmaceuticals industry.

The storm has passed, but the effects will be felt for months to come. In the Florida Keys up to a quarter of homes in the low-lying islands are reported to have been destroyed. Many in the Caribbean have had it worse.

There will, as always, be lessons for industries, including pharma. Puerto Rico, for example, is a huge centre for pharma manufacturers – the fifth biggest in the world with more than 80 plants. It accounts for about a quarter of the country’s GDP.

The island was actually spared the worst of the hurricane, but still three died, 50,000 were left without water and 600,000 without power. The storm served once again to expose the fragility of the island’s infrastructure. Nor are hurricanes the only recent disruption to hit the island. Only at the start of the summer did it declare its outbreak of the Zika virus over, after it infected more than 40,000.

It’s not just Puerto Rico, of course; Irma brought potential for disruption across the Caribbean, to Florida and on inland. And it’s not just Irma; it followed hard on the heels of hurricane Harvey.

The industry has got better in recent years at dealing with these events, not least because of government encouragement to avoid disruption to medical supplies that can exacerbate the tragedy. One of the untold stories of both hurricanes Harvey and Irma is the shortage of urgently needed medicines; untold, because the problem was largely avoided with some improved planning.

But we’ll be tested again. Yes, hurricane Irma was unusually strong, but we’ve seen storms this powerful – and perhaps more so – before. We’ll see them again. The role of climate change in developing such storms will continue to be debated. What’s unarguable is that pharma – and a wide range of other industries with global supply chains – will always be at risk of exposure.

Preparing in advance for real resilience

Modern technology is a big part of the answer to managing this risk. The information businesses and the public have on a hurricane’s trajectories and strength is unparalleled; they can now track it online in real-time. Combine that with modern software solutions and we can quickly map risks for at-a-glance understanding of exposures.

That’s always useful in directing emergency responses when the storm comes. It’s more useful, though, used to map exposures and build resilience through continuity plans before. The power of Irma may have been a surprise, but storms in the hurricane season are not. Fortunately, we have the tools to weather them well; we just need to make sure we use them. 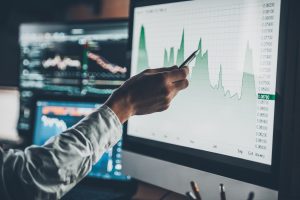 Out and about at CPhI Worldwide